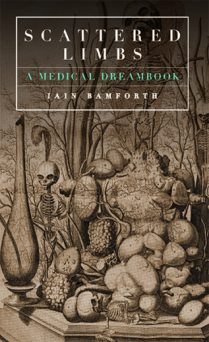 Scattered Limbs is a collection of anecdotes, observations and opinions, which restores a mythological dimension to the most obvious and yet enigmatic of subjects, the human body. In contrast to the utopian fuzziness offered by the WHO’s definition of health— “health is a state of complete physical, mental and social well-being and not merely the absence of disease or infirmity”—Scattered Limbs gets down and dirty and hunts intellectual minotaurs all the way back to their obscure lairs and labyrinths in pre-Homeric Greece.

Written over twenty years, its entries range from aphorisms to anecdotes which, in their strangeness and baroque memorability, sometimes resemble Borges’ tales of imaginary beings—though the “imaginary” beings here are often remarkable patients. The book moves between topics as diverse as Lao Tzu, Goya and his doctor, Rabelais and Rousseau, Plato’s perfect human, the nocebo effect (dark twin of the placebo effect), aromatherapy, mosquitoes, the TV series House, Franz Rosenzweig, Vincent van Gogh’s painting of an onion, Prussian ideas of “fitness”, the Book of Job, depression as a media-disseminated “folk illness” of the industrialised West, the Beatles’ contribution to the invention of the CT scan, The Magic Mountain, Freud’s nephew and PR guru Edward Bernays, and not least the idea of professionalism, including a provocative disquisition: “What is a good doctor?”.

In this pithy abecedarium, doctor and poet Iain Bamforth takes a close look at the conflict of values embodied in what we call medicine – never entirely a science and no longer quite the art it used to be. Bamforth brings his wide experience of medicine around the world, from the high-tech American Hospital of Paris to the community health centres of Papua, together with his engaging interest in the stranger manifestations of medical matters in relation to art, literature and culture – such as the mysterious ‘Stendhal’s syndrome’, which caused 106 tourists in Florence to be hospitalised due to an overload of sublime Renaissance art. 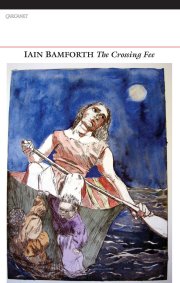 In The Crossing Fee Iain Bamforth re-stages the odyssey of the legendary German hero who falls into a lake in the Black Forest and emerges in the China Sea. Circulating between Europe, the Philippines and Indonesia (where Bamforth worked for five years as a health consultant), the poems sound the ‘plummet and allure’ of life on both worlds. Grounded in myth and also in close observation, The Crossing Fee records a momentous exploration of space and history: ‘For the tides are always bringing / news of something strange.’ 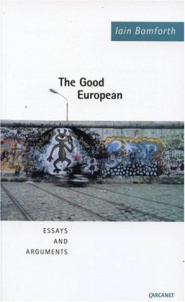 Iain Bamforth’s reports on fifteen years of “experimental living” during which his attachment to the old continent brought him from Berlin, in the week in which he saw the fall of the Wall in 1989, to Strasburg, heart of aboriginal Europe and the city of noses in Tristram Shandy. Thrown into a deep identity crisis by Bismarck’s victories against the French in 1870, pilot region for some of the modern state’s most radical policies (health insurance, pu­blic relations), Alsace’s divided loyalties have affected the nature of Europe itself. With his ear attuned to the complexities of culture and politics, Bamforth attempts to discover Europe through extra-diplomatic channels: he offers essays on writers and thinkers who have done much to define the small archipelago on the edge of Asia, including classics such as Kleist, Kafka, Roth and Benjamin, WG Sebald and Mavis Gallant. He provides a send-off for Bernard Pivot’s classic literary chat-show Bouillon de Culture, landscapes from Galicia and Bavaria, reports from Prague and Geneva, Franco-German shibboleths, a sarcastic letter from ‘Kakania’, and an anatomy of the Alsatian humorist Tomi Ungerer. Europe often reeks of the terminally nostalgic and the curatorial: here a sceptical Scots intelligence reaches out to Musil, Heine, Gogol, Sterne, Montaigne, Rabelais and beyond the ‘standard average European’ to the gallant, helpless, hero-smitten Don, in the hope that they can help him find the way towards a more generous Europe. 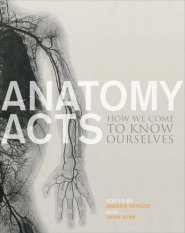 Fusing history, imagination and the senses, Anatomy Acts explores the social, cultural and scientific significance of anatomy in Scotland over the past 500 years. How have we come to know ourselves through anatomical study? How has anatomy changed over the centuries and where is it heading? What contribution has Scotland made to the ‘culture of anatomy’? How have the arts responded to the work of anatomists and surgeons? The range of Anatomy Acts is wide, setting the high points of Renaissance, Enlightenment and 19th-century enquiry alongside the latest medical imaging techniques and the work of contemporary artists and poets. Its publication coincides with a touring exhibition of the same name that opens in Edinburgh in May 2006. The exhibition draws entirely on Scotland’s rare and historic medical and art collections.

Written under the sign of Eros, builder and destroyer of cities, and prefaced by an epigraph from Keats, the poems in A Place in the World are about home and antipodes, identity as a shibboleth and institutions as leviathans, Pacific islands and raised beaches, Edens and new Jerusalems, the critical spirit and the need for continuity. Cradling Scotland’s stony myths in his palm, the poet sets off for Europe, an old civilisation that can barely reconcile itself to having become a colony of its own Utopia. In his pocket is a battered copy of the civil philosophy, also out of Scotland, that lends the book its punning title. Somewhere in the looming shadow of the cities is the poet, still looking – like the Greek philosopher – for human beings. A Place in the World, Iain Bamforth’s fourth collection, is his most lyrical, challenging and considered work to date.

The Body in the Library is a unique literary tour of the history of medicine and its practitioners. With excerpts from works by George Eliot, Nikolai Gogol, Gustave Flaubert, Marcel Proust, Mikhail Bulgakov, George Orwell, Samuel Beckett and many more, The Body in the Library is an anthology of poems, stories, journal entries, Socratic dialogue, table-talk, clinical vignettes and aphorisms, many of them written by doctors themselves. Engaging and provocative, philosophical and instructive, intermittently funny and sometimes appalling, this anthology sets out to stimulate and entertain. With an acerbic introduction and witty contextual preface to each account, it will educate both patients and doctors curious to know more about the historical dimensions of medical practice. Armed with first-hand experiences of liberal medicine and knowledge of several languages, Iain Bamforth has scoured the literatures of Europe to provide a well-rounded and cross-cultural sense of what it means to be a doctor entering the twenty-first century.

Iain Bamforth’s third collection applies carnival licence to various kinds of histories: personal, symbolic, ethnographic, social – even to a history of representations in the 101 epigrams and ‘autographemes’ which make up the Paris sequence ‘Impediments’. Away from the city, the series of narratives of patients based on his experience as a country doctor in the south west of Scotland, and the harsher poems set in a mining town in the Australian outback contribute to the social history of their communities as they examine how far a rural doctor – ‘a fortunate man’ in John Berger’s phrase – can negotiate against the sheer weight of common sense. Traditional knowledge and applied science start from different kinds of literalness:this book acknowledges the claims of both and stands at some personal risk in the breach between them. With rigour and style, intelligence is brought to bear on the natural extravagance of the spirit, ­and on the resilience of people living at the mercy of circumstances.

Sons and Pioneers wryly celebrates Iain Bamforth’s explorations at the limits of human action and reflection. From the horizons of the Scottish diaspora to the secret histories of Europe’s heartlands, from the epic North to the harshness of the Australian outback, from the expectations of a fundamentalist childhood to adult encounters with ordinary needs in the doctor’s surgery, his imagination continually probes its own resourcefulness. All true journeys are also inner journeys. These parable-poems and declarations of intent bring together deep compassion, irony and humour.